The island of Agilqiyyah, onto which the structures from the submerged island of Philae have been transferred, has been reshaped to resemble the conformation of Philae as closely as possible. With the building of the first Aswan Dam, Philae was submerged for part of the year, and with the equalization of the water flow produced by the High Dam, it would have been permanently below water. Thus it was decided to move all the buildings and reconstruct them on this neighboring island.

This was a massive project taking over ten years. A great cofferdam was erected around Philae and the temples were dismantled and transferred. It was finally opened on the new site in 1980. The earliest remains on the original island were of Taharqa (25 Dyn.).

In 1962 President Nasser announced the construction of a dam that would give total control of the Nile. The result was the Aswan High Dam. 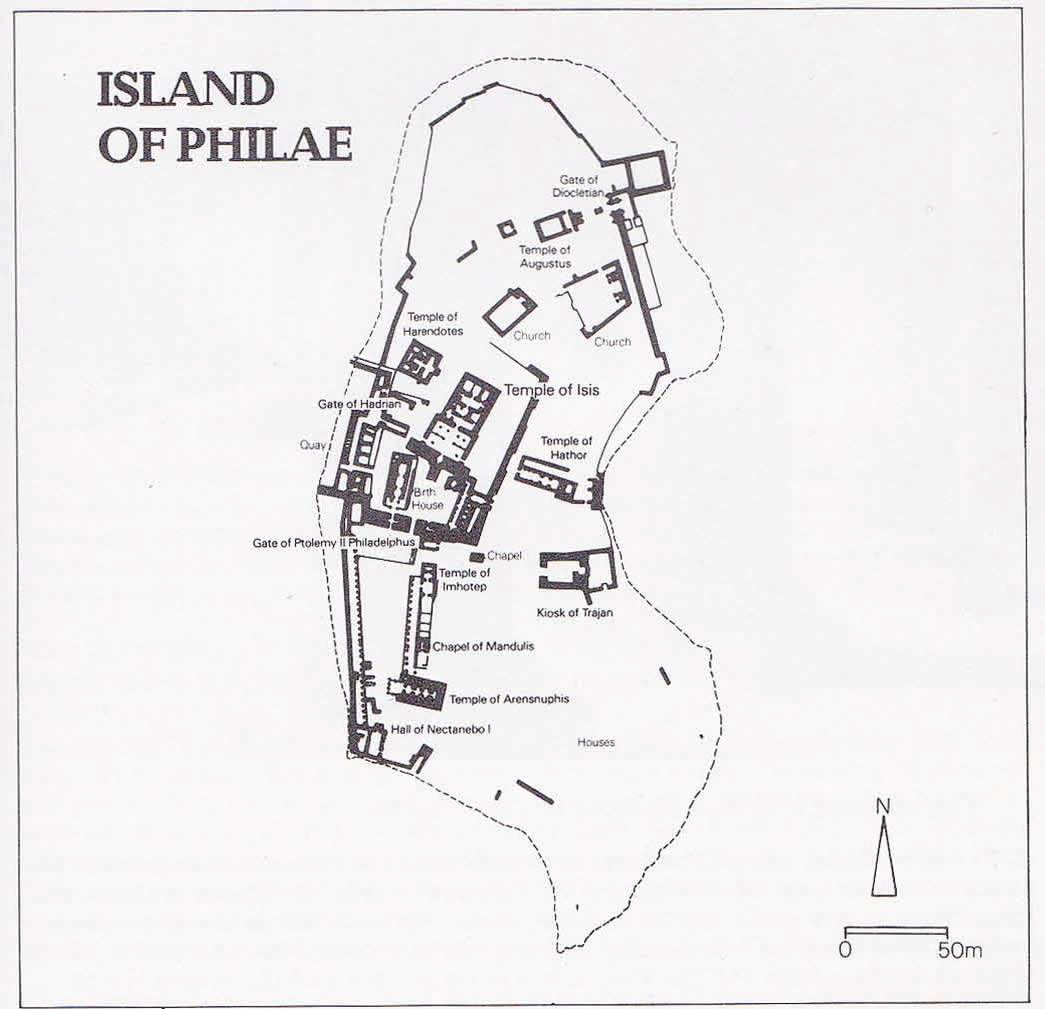 Philae, which lay next to Bigah, the island of Osiris, was dedicated to Isis, and the largest and most important among the complex of temples and chapels in the Temple of Isis which occupies about one-quarter of the island.

At the SE end of the island is a Kiosk of Nectanebo I (30 Dyn.), beyond which is a long court bounded by two Roman colonnades. At the S end of the latter is a small Temple of Arensnuphis (a Nubian deity), Ptolemaic and Roman in date, while halfway up is a Chapel of Manduljs (a Nubian deity) which is Roman.

At the N end stands the Temple of Imhotep, the deified architect of Zozer, here worshipped as a healing god. It was built by Ptolemy V Epiphanes. The colonnade court ends in front of the First Pylon of Ptolemy XIII Neos Dionysius.

Two obelisks from here are now in Kingston Lacey, Dorset. On the E side is a Gate of Ptolemy II Philadelphus but the main entrance is through the Gate of Nectanebo II (30 Dyn.).

(1—2) Above lintel, winged vultures and cartouches of Ptolemy Euergetes II. (3) Granite stele of year 24 of Ptolemy VI, PhiIometer text. (4) Upper register, the king offers to the gods, Horus and Isis, Geb, Nut and Horus the Elder; base, a procession of the king followed by offering bearers, Osiris, Isis, and Horus. (5—6) Grooves for flagstaffs. (7) The king offers to Osiris, Isis, and the young Horus. Beyond the gate is the Hypostyle Hall with ten columns, mainly the work of Ptolemy VII Euergetes II.

The outside of the temple was decorated by Augustus. (39—40) Augustus followed by fertility gods and goddesses before Osiris, Isis, and the young Horus. (41—42) Augustus offers Ma’at to Amun—Re, and Mut and makes libation to Isis and Nephthys, offers vase to Khnum and Hathor. The most important of the other chapels around the main complex is the unfinished Chapel of Hathor on the E side of the island. Built by Ptolemy VI Philometer and added to by Augustus, it has an interesting scene of musicians including the god Bes playing the harp. Just S of this is the Kiosk of Trajan with a charming façade on the river bank.

The Kiosk of Trajan

The larger island to the S is Bigah. This was held to have been the burial place of Osiris and was for long a cult center. 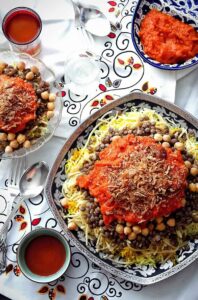 Koshary or koshari is one of the most traditional Egyptian foods. It is popularly found on the streets of Egypt served from carts and restaurants 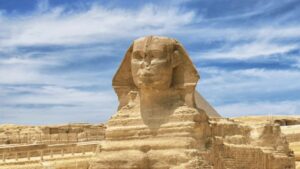 The Sphinx of Giza Egypt

The Sphinx has been cleared by various people starting with the French engineers of Napoleon’s expedition. In 1816 Captain Caviglia excavated the Sphinx, starting on 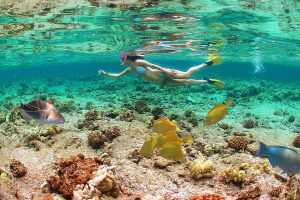 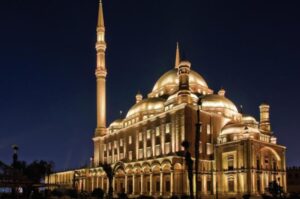