The Great (Khufu-Cheops) Pyramid of Egypt in Giza

The Great Pyramid (called ‘Khufu is one belonging to the horizon’) now stands 137m high but was originally 140m (indicated by a survey point erected on the summit). Each side once measured 230m (440 cubits), but due to the loss of casing blocks, they are now only 227m. The angle of the sides was 51°50′. A visit to the interior takes about one hour.

Khufu seems to have been an absolute ruler with complete control over the administration which was largely in the hands of his immediate family. Beneath the structure is a knoll of uncertain size. This makes an exact calculation impossible, but an estimate has indicated that at least 2,300,000 stone blocks averaging 2.5 tons were used, although some were much larger— up to 15 tons, Herodotus (Book II, 124] estimated that 100,000 men were required to build the pyramid, but some American engineers have suggested that this large workforce would have been unmanageable and that no more than 4000 could be employed at any one time. This smaller number includes the quarrymen at Aswan, as well as the boatmen and the men dragging the blocks into position by means of ramps. The whole project was the work of skilled craftsmen, not untrained slaves, as has been so often suggested, and would have been undertaken during the months of the inundation.

There are three chambers within the pyramid, two inside the built section and one underlying the structure; these are thought to mark changes in the plan of the whole building, The Burial Chamber (B) was originally the unfinished chamber cut in the natural rock, reached after a descent of about 120m, but now inaccessible as the excavators Perring and Vyse filled the descending passage with immovable blocks. The original entry (A) to the pyramid was in the center of the N face in the thirteenth course of masonry, and about 20m from ground level, but this is also now inaccessible.

The present Entry, forced by the Khalif Ma’mun in the 9th century when he visited Egypt, is cut in the sixth course of masonry, below and to the W of the original. After descending 36m the passage reaches the junction of the original ascending and descending passages. The ascending passage (36m long and about 1m high) leads to a horizontal passage 35m long and 1.75m high which leads in turn to the chamber called the ‘Queen ‘s Chamber’ (C) (incorrectly; there is no evidence that the queens were ever buried within the pyramid during the Old Kingdom period). It is built entirely of limestone and measures 5.2m by 5.7m. The roof, C 6.13m high, is pointed, but the pavement of the chamber seems never to have been laid. On the E side of the chamber is a large recess, the purpose of which is uncertain. On the N and S walls are two rectangular openings made in 1872 by a British engineer for the purpose of locating the ventilation shafts (D) from the room. This, with the unpaved ﬂoor, is evidence that the chamber was never finished (some Egyptologists think that these were not ventilation shafts, but had some religious significance).

After the construction of this second burial chamber, the builders seem to have changed their plans again; the main structure was further enlarged and a third burial place was constructed at a higher level. To reach this visitors pass through the Grand Gallery (E), the most impressive part of the construction of the pyramid, over 47m long, and 8.5m high in the center with a corbelled roof similar to those in the internal chambers of the pyramids of Maydum and Dahshur. On each side are rectangular holes, perhaps for holding beams to retain the plug holes intended to block the gallery. The whole is built of fine-grained Muqattam limestone, so well cut that it is almost impossible to insert anything in the joints.

The Gallery ends in a Horizontal Passage or antechamber 8.4m long, lined with granite, slotted for the insertion of portcullises of the same material. The portcullis plugs were very little narrower than the passage and must have been difficult to maneuver into position. Beyond is the main burial chamber usually called the King’s Chamber (F), also lined with highly polished red granite slabs, measuring 5.2m by 10.8m and 5.8m high. It contains two ventilation shafts set in the N and S walls about 1m above pavement level; these were also located by Perring and Vyse in their pyramid survey. The lidless sarcophagus of red Aswan granite stands at the W end of the room, finely polished but uninscribed. It is 2.24m long, 0.96m wide and 1.03m high; the lid had vanished before the first scientific examination of the pyramid was made. Above this room are the five relieving chambers (G) designed to take the weight of the upper part of the pyramid, and prevent it from crushing the burial chamber; the first was found by Davidson in 1765, and the other four were recorded by Perring and Vyse in 1837. They can only be reached by a ladder, from a passage cut in the upper part of the Grand Gallery, where Perring and Vyse found an inscription bearing the name of Khufu, the builder of the pyramid.

Khufu’s Mortuary Temple stands to the E of the main structure and is closely associated with it. Unfortunately little remains but the foundations and part of the basalt pavement, but it is quite unlike the other mortuary temples at Giza, or those at Maydum and Dahshur. The entry led into a colonnaded court, orientated N to S; the roof of the portico was supported by granite pillars of which little remains. The W side of the temple has been entirely destroyed. Ricke has suggested that there were five statue niches, but there is no certain evidence for this number.

This temple was joined to the Valley Temple by a Causeway still largely intact in the middle of the last century, though now only a few blocks remain. The Valley Temple is situated under the modern village of Nazlat al-Samman and there is little hope now of finding it even partially untouched.

In 1938 Selim Hassan found some blocks of the causeway decorated with reliefs. but at the time they were not thought to be contemporary, in spite of the fact that Herodotus said that it had been decorated with sculptures. Not until similar sculptured blocks had been found at Dahshur in Snetru’s Valley Temple was it recognized that temples and causeways were decorated before the time of Khufu.

To the N and S of this building are two boat-shaped pits cut in the rock, lying slightly outside the E enclosure wall of the pyramid. They were empty when found, as was a third on the N side of the causeway near the temple. However, in 1954 a fourth boat-pits found to “the S of the enclosure wall, containing a partly dismantled boat of cedar, 43m long. Inscriptions on the roof of the boat-pit suggest it was completed by Re’djedef. This boat has been reconstructed and it is now housed in a specially air-conditioned Solar Boat Museum. Judging by an analysis of the mud, it seems that the boat had been used on the Nile. A further pit containing another boat has been identified but not opened.

These boat-pits, usually found empty, are known from the time of the 1 Dynasty. royal mastabas, but the exact function of the boats has not been determined. Some may have been used for the funeral procession, others perhaps were intended for the king in the afterworld when he voyaged with Re’.

On the S side of the causeway is a row of three smaller Subsidiary Pyramids which probably belonged to Khufu’s queens. To the E of each of these is a small mortuary chapel. The North Pyramid also has a boat pit and probably belonged to his principal wife and full sister Meritites. The Middle Pyramid has no name, though the queen’s titles were found in the mortuary chapel. She was probably the mother of Re’djedef, the third king of the dynasty who was buried at Abu Rawash. The South Pyramid was the burial place of Hensutsen, another of Khufu’s queens and the mother of Khufu-Kaf who is buried nearby; she may also have been the mother of Khafre. In the 21 Dyn. the Chapel of this pyramid was enlarged and used as a temple for Isis, Mistress of the Pyramid, by which time the name of its original owner was long forgotten.

On the S side of the causeway is a row of three smaller Subsidiary Pyramids which probably belonged to Khufu’s queens. To the E of each of these is a small mortuary chapel. The North Pyramid also has a boat—pit and probably belonged to his principal wife and full sister Meritites.

The Middle Pyramid has no name, though the queen’s titles were found in the mortuary chapel. She was probably the mother of Re’djedef, the third king of the dynasty who was buried at Abu Rawash. The South Pyramid was the burial place of Hensutsen, another of Khufu’s queens and the mother of Khufu-Kaf who is buried nearby; she may also have been the mother of Khafre. In the 21 Dyn. the Chapel of this pyramid was enlarged and used as a temple for Isis, Mistress of the Pyramid, by which time the name of its original owner was long forgotten.

It used to be possible to ascend the pyramid (20-30 minutes) from the NE corner but, due to a large number of accidents, this has been forbidden to tourists. From the top, there is a splendid view of the desert and the cultivation. 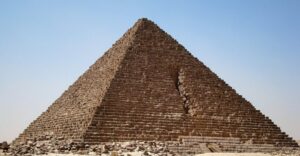 The third pyramid to the S is the Pyramid of Menkaure (called ‘Menkaure is divine’). It is the smallest of the group and was built 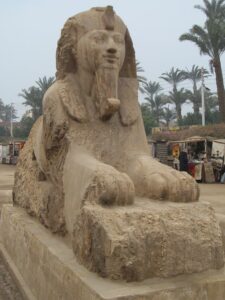 Memphis, founded by Mena or Menes, traditionally the first king of the 1 Dyn., on land reclaimed from the Nile in about 3200 BC. Memphis 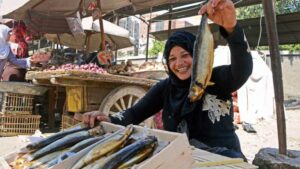 Feseekh is a hit or miss with even the Egyptian people! It is fermented mullet fish, prepared by letting the fish dry in the sun 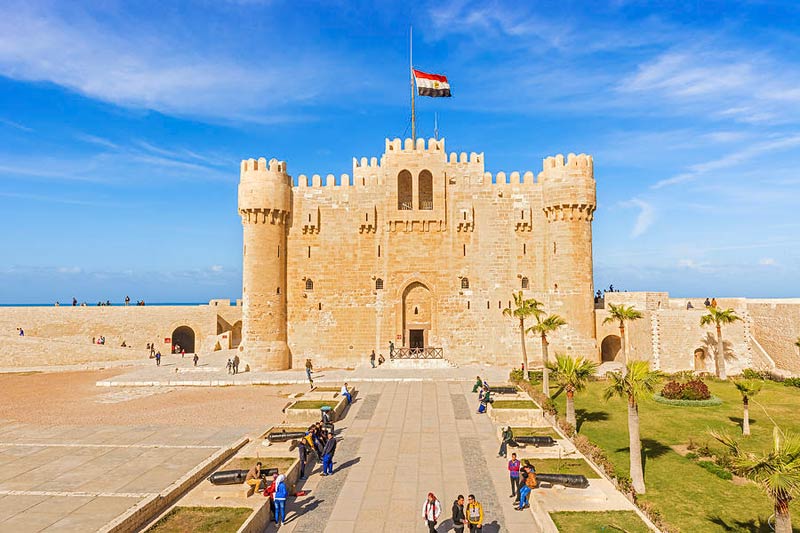 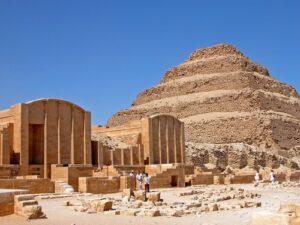 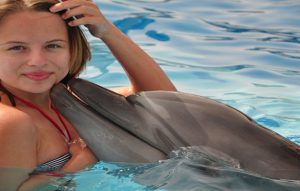 Sharm el Sheikh, Egypt 15 Minutes
Your dream will come true in 15 minutes swimming with Dolphins, See who will win in the water volleyball game you or our dolphins? You will get close up and personal with our dolphins dancing, singing and kisses just for you.