The Pyramid of Khafre (called ‘Great is Khafre’), preserving a considerable part of the limestone casing near the top, has the most complete complex of them all. The height of this structure is 136.40m (originally about 145.15m) and the base was 214.80m sq. although the outer casing here has almost entirely disappeared. The angle of the side was 53º, slightly steeper than that of Khufu. This pyramid appears larger than the Great Pyramid but it is actually slightly smaller, the illusion being caused by its position, higher on the limestone plateau. A visit to the interior takes about half an hour if the pyramid is entered through the lower passage. It was first entered in recent times by Belzoni in March 1818.

The two entrances on the N side belong to different stages in the construction of the building; the Lower Entry [А] now in use is 2.6m from the base of the pyramid, the Upper Entry (В) is 11.35m above the base. The original rock-hewn Burial Chamber (C) was 10.42 by 3.14m with a roof only 2.6m high,

pointed but never finished, and not centered beneath the apex of the pyramid. Later the upper passage was constructed and the Second Burial Chamber (E) made part of the built pyramid, again not centered but slightly to the N. Measuring 4.97m by 14.13m, with a roof of pointed limestone blocks, it is entered through a granite-lined passageway (D) 60m long, and partly rock-cut. At the W end of the burial chamber is the uninscribed red granite sarcophagus, empty when found by Belzoni, who has celebrated his discovery by writing his name in lamp-black in the chamber. The sarcophagus is 2,62m long, 1.06m wide and 0.96m high. Set into the room’s granite pavement, it is still in its original position with the lid nearby. Against the S wall of the room is a square cavity in the pavement, which may have marked the position of the canopic chest, now missing.

On the E side of the pyramid is the Mortuary Temple measuring 110m by 45m. It is much larger than that of Khufu, but unfortunately over the centuries it has served as a quarry for local building and has lost much of its outer granite casing. It was excavated by Von Sieglin in 1910 and is unlike the mortuary temples that preceded it, being much more complex. The core of the walls is of limestone, cased with granite, some of the blocks unusually large (between 100 and 400 tons), and the floors of alabaster. It is entered from the causeway to the E by a narrow door, leading to two rooms on the S and a vestibule on the N, the roof originally supported by two pillars, long since robbed, and beyond that, on the N, a series of storerooms and the remains of a stairway leading to the roof. The main passage leads to a large hall, the roof of which was held up by 14 square pillars. At the N and S. sides of this hall are two long narrow chambers intended for statues. This first hall leads to a long and narrow second hall, also with 14 square pillars, and on into the great court of the temple surrounded by a colonnade supported on heavy rectangular pillars, against each of which was a large statue of the king. On the W side of this court were the five niches (which became an invariable feature of later mortuary temples) and S of this corridor leads to five small storerooms Lying directly behind the niches. At the W end of the temple is a long narrow shrine in the center of which was a large granite stele. A passage on the N side connects the central court with the pyramid court.

Flanking the mortuary temple are what appear to be six boat-pits, two pairs lying parallel to the N and S walls of the temple. No boats or wood were found in these pits which contained only pottery and statue fragments.

At the centre of the S side of the pyramid is a Small Pyramid, originally some 20.1m sq. Most of the superstructure has been quarried away and practically nothing is now to be seen except the entry passage. W of the pyramid, outside the main enclosure wall, were many rectangular rooms (26.75m by 2.90m) thought to have been the barracks block of the workers employed on the structure.

It used to be possible to walk from the Mortuary Temple down the Causeway (550m), the walls of which have disappeared except near the Valley Temple, sometimes called the Granite Temple. It was discovered in 1852 by Mariette and partly cleared by him in 1860 and again in 1869. (A wall now prevents access to the Valley Temple from the Causeway.) This is the most complete of all the buildings in the complex, standing up to roof height. The core is limestone lined with red granite, finely polished and closely jointed, giving the temple its alternative name. The temple faces and opens onto a quay fronting a canal (never excavated). It is 45m sq. with the 13—m high walls still standing. There are two entrances on the E side, each with an inscription giving the royal titles of Which only part remains. The entrances lead into a narrow antechamber and then into a T-shaped room where, in front of the pillars, 23 diorite statues of the king stood. Broken fragments of these were found in a pit in the antechamber but one was complete and is now in the EM. Enough of the walls remain for the slit windows at their tops to be still visible. Three side chambers on the S side of the main hall may have served as storerooms, and a further chamber leads off the passage which was in line with the causeway leading to the mortuary temple. Probably ﬂanking each of the outer doors was a pair of sphinxes

To the N of the causeway just where it leaves the temple is the figure of The Sphinx (Ar. Abu Al-haul; the wonderful, or terrible one), the mythical animal with the body of a lion and head of a man, partly fashioned out of a natural knoll and partly built-up. 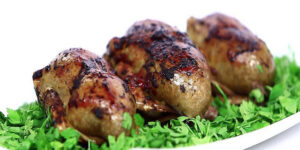 This is one beloved Egyptian food that gives a lot of tourists pause, because of the misconception that pigeons are winged rats. The pigeons we 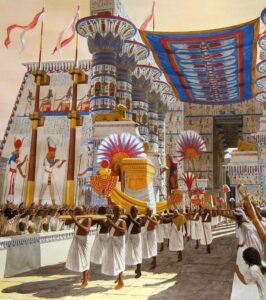 The inner parts of the temple were forbidden to the public. but they were permitted to penetrate to the forecourt and to the corridors surrounding 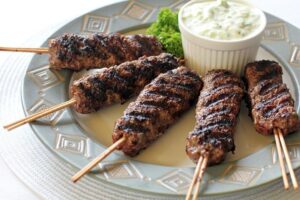 If you’re a meat-lover, then this is a must-try! Kebab is prepared with pieces of grilled meat (lamb or veal). As for Kofta, it is 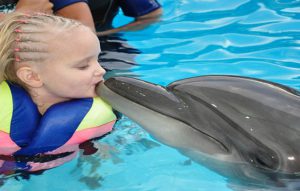 Sharm el Sheikh, Egypt an Hour
Dolphins show in Sharm El Sheikh, you will be amazed, entertained and educated by the magnificent show 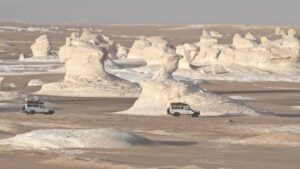 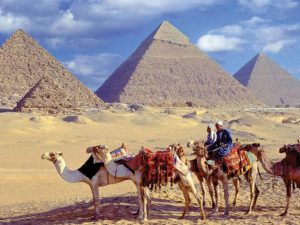